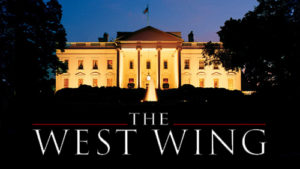 Last episode, I talked a lot about Reputation and the problems that show up when it suddenly changes. Reputation is a huge concept in game theory and the development of strategies, and while we can intuitively understand it in social situations, it’s sometimes difficult to describe the implications. So I want to take a moment and give it some more depth, which means I need to turn to one of my favorite TV shows of all time: The West Wing.

In the third episode of the very first season, President Bartlett is faced with a tough question about military retaliation. After an attack on American troops, Bartlett is presented with a counterattack which he perceives as being too weak. He is told that this is a “proportional response,” to which he asks “What is the dis-proportional response?” The Situation Room gets tense as the military staff realize that the president is considering suddenly changing America’s reputation from a measured Tit-For-Tat to more of a Scorched Earth policy.

Reputation is all about reliability of response. In a competitive game, I can gain a reputation for fair play if I push against all players equally. If I instead beat down the weakest of my opponents into the dust before turning to the next, I may gain a reputation for ruthlessness. But as long as I gain a reliable reputation, my opponents will know what they’re getting into when we play a game together. Or maybe they’ll know not to invite me to their game night! On the other hand, when a player unexpectedly changes how they react to a situation, opponents are left startled and a little confused. 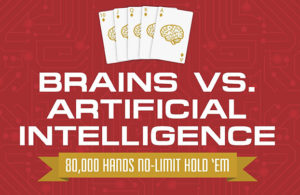 In January 2017, three professional poker players were challenged to play against Libratus, a new AI designed to win at Texas Hold-Em. In a grueling, twenty-day competition, Libratus, a 4-1 underdog, slowly took every single chip from the three poker pros. According to player Daniel McAuley, “it seemed to learn what we were doing and exploit it.” Libratus was calibrated each night after play ended, and the human players complained that they had to spend each morning figuring out the AI’s new strategy. Whether or not the AI is actually better than the humans, it surely benefited from keeping the other players confused with its constantly changing reputation.

For players who want to change their strategy often, it’s best to play a game with some randomness involved. In Lords of Waterdeep, if all of your Intrigue cards happen to hurt other players, then you are naturally going to have a strategy where you hurt other players. Or in Werewolf, your strategy changes based on which role you are randomly assigned. Either way, you don’t have to claim responsibility for your changing reputation! If you play a game that is totally based on skill, like Diplomacy, then all of this is on you.

Think about reputation the next time you sit down with your gaming group! When players act in a confusing manner, it is very possible that they are in the midst of changing their strategy in a way that you wouldn’t expect. Keep your eyes open and you can gain the advantage! And, as I mentioned in Inevitable Betrayal, pay attention to how your friends treat you when you change your own Reputation for the sake of winning the game.